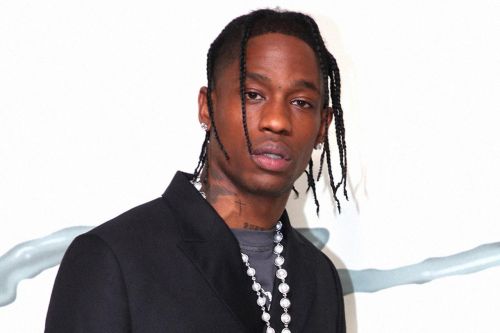 Travis Scott (born Jacques Berman Webster II) is an award-winning hip-hop artist who was famous for his auto-tuned vocal style. He is also a producer and songwriter who owns chart-topper singles and won prestigious awards. Travis was in the spotlight when he dated Kylie Jenner.

The rapper was born on April 30, 1992 to a musical family. He used to live in South Park, Houston with his grandmother until he was 6 years old and later moved to suburb Missouri City with his parents. Travis attended Elkins High School before entering the University of Texas but then dropped out. Young Travis already had an interest in music and was influenced by ‘90s rap videos from Mase. He formed a duo with his friend under the name The Graduates with an EP in 2009.

He continued making another duo, The Classmates and released two full albums before they split in 2011. When Travis moved to Los Angeles to pursue his music career, he met T.I. and Kanye West and was hired as in-house producer in GOOD MUSIC. In 2013, he made a debut with a mixtape Owl Pharaoh, featuring Toro y Moi, Justin Vernon, and other great musicians. It successfully gained Best Mixtape nomination from the 2013 BET Hip Hop Awards, and made Travis rise to stardom.

After releasing the follow up mixtape Days Before Rodeo, he went on tour The Rodeo Tour which sold out in a short time. His full-length album Rodeo was released in 2015 with the hit single “Antidote” and “3500”. The album debuted in the Billboard 200, meanwhile “Antidote” reached at the number 16 on the Billboard Hot 100 and became Travis’ first platinum song. He was featured in another musician’s work, including Rihanna’s hit “Bitch Better Have My Money” and “Woo”, Kanye West’s “FML”, and many others.

Travis’ next album Birds in the Trap Sing McKnight was issued in 2016, featuring his collaboration single with Young Thug and Quavo “Pick Up the Phone”. It peaked at the first position on the Billboard 200. The success followed with a North American and Europe tour in 2017. He worked steadily, releasing great album to another. His next effort Astroworld was critically acclaimed and commercially successful; it even peaked at the Billboard 200 and Billboard Hot 100. In 2019, Travis’ “Sicko Mode” was nominated for two awards at the Grammy Awards. The single successfully received the Top Streaming Song from the Billboard Music Awards. He also worked with SZA and The Weeknd for “Power Is Power” as Game of Thrones’ soundtrack.

Having a successful career, it was no surprise that his love life was put on the spotlight. In 2017, he was confirmed to be dating Kylie Jenner after several months of rumors. The following year, the couple welcomed their first daughter Stormi Webster. After two years of dating, in October 2019 Travis and Kylie confirmed their split but then officially back together in 2020.