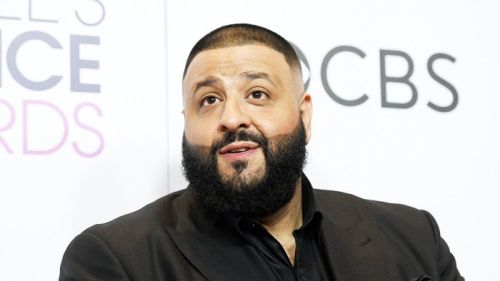 DJ Khaled (born Khaled Mohamed Khaled) is an Arab-American producer, DJ, entrepreneur, and radio personality. He worked with top musicians, including Justin Bieber, Lil Wayne, and Nicki Minaj, and also produced hits such as “I’m So Hood” and “I’m the One”. Khaled was the president of Def Jam Records and became the co-founder of the We the Best Music Group.

Born in New Orleans, Louisiana on November 26, 1975, Khaled grew up in a musical family. Since he was young, his parents–who are musicians–introduced him to soul and rap music. He was only 13-years-old when he began learning how to DJ. During his teenage years, Khaled made money at the Odyssey record store and met newcomer rap artists. He also built a strong networking with them in order to open his way to rap career. Khaled started his career as a DJ in the reggae soundclash circuit, moving from Orlando to Miami. At home, he made his own studio and started producing great songs. His effort led him to work in radio as a co-host with Luther Campbell on WEDR’s The Luke Skow and got his own slot of weeknight radio show.

As his popularity increased, especially after he joined the group Terror Squad, he launched his first full-length album Listennn… the Album in 2006. It debuted at number 12 on the Billboard 200 charts. The success was followed by the second effort We the Best, featuring the chart-toppers “We Takin Over” and “I’m So Hood”. Khaled also collaborated with Lil Wayne, Rick Ross, Akon, and many more for this album. Branching to business, in 2009 he launched his record label We the Best Music Group and was chosen as the president of Def Jam South.

After receiving double platinum for his single “All I Do I Win” in 2010, Khaled continued to release music including collaboration with famous musicians. In 2011, he released We the Best Forever, followed by Kiss the Ring (2012), and Suffering from Success in 2013. From those albums, only two tracks “No New Friends” and “I’m on One” entered the Top 40 hits. Khaled returned with Major Key (2016) and became his first album that topped the Billboard 200 chart. His collaboration with Beyoncé and Jay Z on “Shining” from the 2017 album, Grateful, successfully debuted as number one hit. The next single, “I’m the One” featuring Justin Bieber, Lil Wayne, Chance the Rapper, and Quavo, also peaked at the top on Billboard Hot 100. In 2018, DJ Khaled issued another collaboration song, “Top Off” as the lead track of his 11th set Father of Asahd. He also collaborated with Demi Lovato on A Wrinkle of Time’s soundtrack, “I Believe”. The following year, he revealed the music video for his collaboration with John Legend and Nipsey Hussle entitled “Higher”. For the great song, he was honored with the 2020 Grammy for Best Rap/Sung Performance. Khaled released the next songs, “Popstar” and “Greece” in 2020. 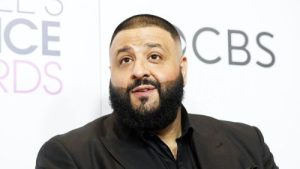 As if his successful music career and business was not enough, he explored his talent by voicing the animated Spies in Disguise (2019) along with Tom Holland and Will Smith. He also involved in the action comedy movie Bad Boys for Life in 2020. Back then in 2016, after his first child was born, he launched his book The Keys which became a best-seller.