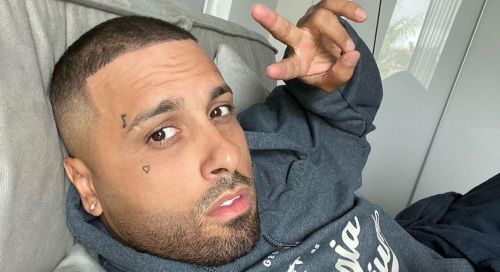 Puerto Rican-Dominican singer-songwriter Nicky Jam (born Nick Rivera Caminero) is massively known for his amazing work in Latin trap and reggaeton and has collaborated with great musicians. He is also a notable actor who appeared in the blockbuster Bad Boys for Life in 2019. This Latin Grammy-winning artist has numerous hit singles and albums that made him gained worldwide fame.

Nicky Jam was born on March 17, 1981 in Boston, Massachusetts and raised in Puerto Rico when he was 10 years-old. He already had an interest in reggaeton since very young and was featured in several mixtapes. His name was famous for Haciendo Escante (2001), an album that brought him to the reggaeton scene as a newcomer. It followed with a successful album Vida Escante (2004) that became Nicky’s breakthrough. The next album, The Black Carpet (2007) was well-received and boosted by the mega hit “Gas Pela”. Nicky Jam made a major breakthrough after moving to Medellín, Colombia in 2010. He rose to fame with the hit singles “Travesuras” in 2014 and “Si Tu No Estas” in the following year, which were included in Greatest Hits, Vol. 1.

In 2017, the later multi-platinum album Fénix was launched as his first studio album which he worked on for years. It successfully reached the top of Billboard's Top Latin Album chart and the tracks entered the Billboard 200. The album features Nicky and Enrique Iglesias’ collaboration “El Perdon” which became his first chart-topper single in the Latin and pop charts. His effort was honored with the Latin Grammy Award, Latin American Music Awards, and Lo Nuestro Award. 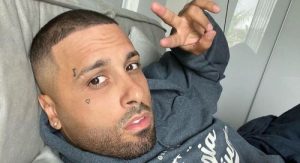 He went on to establish himself as a leading Latin reggaeton star with several collaboration with great musicians, including “Jaelo” with Steve Aoki, “X” feat. J Balvin, and “Te Robaré” feat. Ozuna as his stand-alone tracks in 2018. Nicky was also featured in other artists’ work, such as in Ozuna’s “Haciéndolo” and Loud Luxury’s “Body on My” (along with Pitbull and Brando). In 2019, he collaborated with Alejandro Sanz in “Back in the City” and launched an array of singles, like “Atrévete” with Sech and “Mona Lisa” with Nacho. In addition to singing and songwriting, he made his acting debut in XXX: Return of Xander Cage. Nicky starred in the 2019 movie Bad Boys for Life along with Martin Lawrence and Will Smith. His duet song with Daddy Yankee “Muévelo” was premiered in 2020 as the theme song of the movie. It was also peaked at the top of the Billboard Latin Airplay chart.