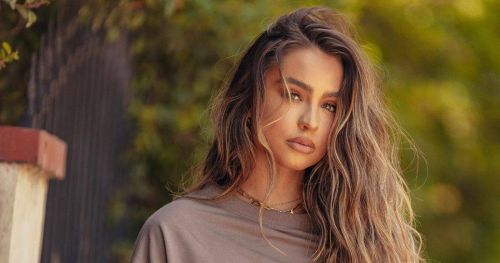 American social-media sensation and athlete Sommer Ray is famous for her health and wellness contents in her social media account. Following the steps of her parents, Sommer is a bodybuilder who won numerous competitions. She is also part of popular YouTubers in the group ‘Clout Gang’.

Sommer Ray was born to a bodybuilder family, in Larkspur, Colorado on September 15, 1996 and raised in the countryside. Due to her parents’ profession, the family had to move from one place to another before they settled in Lone Tree, Colorado. Since she was 15 years-old, she started her fitness journey with the help from her father. In the basement gym, Sommer practiced weight-lifting. She then shaped her body and was ready to be a bikini athlete. In 2015, Sommer reached the 16th position at the NPC USA Championship and got two trophies for Bikini Teen and Bikini Class D at the NPC Colorado State Championship. Soon after she enthusiastically posted fitness photos and videos on Instagram, she became a social media star and gained more than 19 million followers. Along with her sisters (Savana and Skylyn), Sommer is known as a social media influencer.

In 2016, she decided to focus on being a bikini model and changed her workout and diet routine. The athlete was advised to cut her calories intake, consume more proteins and healthy food. Her routine was also changed to emphasize the lower body workout. As a result, her effort turned into a perfect sculpted bikini body which landed her on several brand campaigns. Sommer Ray was chosen as the model of bungee accessories brand Myokore. She also started making content for YouTube; not only about health and wellness, but also challenges, music videos, and even pranks. With her high-viewed videos, including “Life of Sommer Ray” and “Touch My Body Challenge w/ Alissa Violet”, she got million subscribers and joined the YouTuber group ‘Clout Gang’. The fame brought her to appear in MTV’s Wild ‘N Out and own her merchandise line. 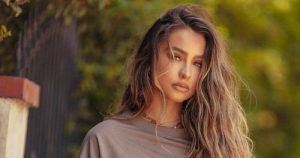 As the time goes by, instead of just showing her stunning body, the Instagram model used her platform to show her personality. However, the revealing contents drew criticisms. There was a hate comment that said she just want attention and had easily gained income through the bikini pictures. Despite receiving hate speech, she continued promoting her healthy lifestyle. She also said that her ‘sexual’ image that was portrayed in the contents could not define her as she is. Unlike other social media models, Sommer proved that her fit body came from the efforts by working hard in the gym and is strongly against plastic surgery.

Outside of her successful social media career and being an athlete, Sommer’s goal is to be a business woman. She has a fitness app called Evolve Fitness that can count and track the calories intake. The Instagram star also prepares her own clothing line.