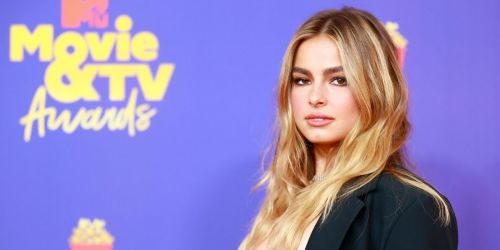 Have you ever known about Addison Rae? Addison Rae is one of the highest earning Tik Tok personality that was born in 2000 (October 6). She has more than 60 million followers on Tik Tok.

Addison Esterling was born and raised in Louisiana. Monty Easterling is her father, he has a page called thelopezboys. Sheri Esterling is her mother, an engineer and photographer. Alongside Addison Rae, Sher Esterling also has an account on Tik Tok. Enzo and Lucas are her younger brothers. They are a Christian family.

Addison Rae had graduated from CBA (Calvary Baptist Academy). Rae is an active student and was a cheerleader. Nowadays, she is considering her college in Bachelor of Communication.

She became interested in dancing and started competitively at the age 6. She attended several competitions even outside the country. Before she became famous on Tik Tok, she had a plan to become a sports activitist. So, she attended Louisiana State University and studied sports broadcasting.

She started her Tik Tok in the middle of 2019 for fun. She tried to upload dance and lip-sync videos. Her videos are loved by fans. Once, she danced Obsessed by Mariah Carey, and the video went viral worldwide.

She is co-founder of The Hype House, a collaborative group on Tik Tok. In October 2019,  she gained more than one million followers, so she decided to leave LSU. Her dreams have changed, and now she wants to be an actor. 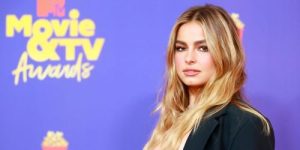 Alongside her decision to leave her college, she achieved rapid success on Tik Tok. In early 2020, she signed with WME, a talent agency, which built her skills on dance, modelling and others. In July 2020, she collaborated with American Eagle on a campaign. She also released a podcast with her mother. Then, she launched her own beauty cosmetics named Item Beauty, and cooperated with Madeby Collective. According to several news sources, Addison rae will be portraying a comedy film, She’s All That.

Apart from her popularity on Tik Tok, she is also popular on Instagram. More than 16 million followers she gained on her Instagram. She posted a lot of photos and videos regularly. She also has a merchandise called Shop Addison Rae which sells several products such as t-shirts, hoodies, and others.

Addison Rae also has a Youtube channel in 2020. She has over 1.9 million subscribers with the most popular video in 6 million views. Her videos are about beauty vloggers. She uploads behind the scenes the videos and fashion. Addison Rae has written a song which gained million views on Youtube.

Did you know about Addison Rae Boyfriend?

According to Forbes, Addison Rae earned $5 million from her merchandise, endorsement and from YouTube monetization in the last year 2020. She earns about $14,500 per sponsored post on her social media. She endorsed a lot of brands such as Uptown, FashionNova, Chantilly Boutique, McCary’s Jewelers, and Cheapskate.

Therefore, she was noted as the highest-earning Tik Tok star. In addition, her popular videos Tik Tok led her to become the face of several companies including L’Oreal, Reebok, American Eagle, and Hollister.